Even though a lot of people are tired of paying high electric bills, they are still hesitant to switch to solar because of the false information they’ve been provided through people or the internet. To them, the idea of going solar and saving so much money seems too good to be true.

Today, we’ll talk about the myths or misconceptions about solar energy systems and provide a clear picture of what’s true and what’s not:

A common myth is that you need to be situated in a warm environment to maximize the performance of the solar panels. This isn’t true because solar panels work by collecting the sun’s energy and of the heat. As a matter of fact, solar panels generate the most electricity during cold and sunny days.

You won’t have energy at night

Solar panels indeed produce energy only in the presence of sunlight. But the good thing is that the surplus electricity generated during the day can be used at night. In the case of an on-grid system, the excess electricity is stored in the grid which acts as a mega-backup. Whereas, in a hybrid system, the batteries store enough electricity that can be utilized in the dark or a blackout.

It is believed that solar panels require maintenance regularly. This is not the case at all. The panels only require cleaning after a few months to remove the build-up dust or debris, but most people rely on rain to do that.

Solar panels do not last long

There is a misconception that solar panels need to be replaced after a few years. However, solar panels are extremely durable as they are made to withstand harsh weather conditions. So, these panels are expected to run efficiently for 25 years or even more depending on the quality.

The return on investment is too long

There is no doubt that switching to solar requires a big investment and that’s why people are concerned about how long it would take to pay off. Solar energy systems are expected to provide you with electricity for about 25 years or more. But all your investment can be recovered within 4-6 years on average. So, if you do the math, this is a pretty good deal in terms of saving money in the long term.

With the advancement in technology, the cost of manufacturing solar energy systems has decreased significantly. According to the Solar Energy Industries Association, the price of solar systems has dropped over 70% since 2009. This is the reason solar energy is being adopted all over the world at such a rapid rate.

The process of switching to solar is complicated

It might seem that the process of going solar is complex and long. But in reality, it is super sympl. If you have opted for a reliable solar solution provider with a qualified staff, it just takes a few days to install the system. Before you know it, you’ll start to reap the benefits of your investment.

It’s no wonder why solar energy is being adopted in different parts of the world at such a rapid rate. This is not only a cheap source of energy, but it also helps in sustaining the environment. You don’t want to be missing out on all the benefits of solar, contact us today! 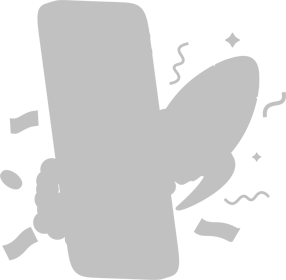